Help is only a phone call away...

What is Sexual Assault?

Sexual assault is any unwanted sexual contact that is not freely chosen by the recipient. The motivation for sexual assault is usually the desire to control or dominate another human being. It is an act of violence in which sex is used as a weapon.

Sexual assault is never the victim’s fault – regardless of whether or not she/he fought back.

Misconceptions and Realities about Sexual Assault

Reality: Rape is a violent crime committed in a sexual manner. It is the sexual release of anger or control or power to inflict violence and humiliation on the victim. Whether or not there is physical force, without consent, it is rape.

Misconception: Rape happens only to certain types of women.

Reality: ANY woman of any age, race, class, religion, sexual orientation, occupation, education, or physical description may be a victim of rape. 91% of rape victims who have reported the crime are female.

Misconception: Most rapes are committed as a spur of the moment act by a stranger in a dark alley.

Reality: Approximately 80% of rapes are committed by someone the victim knows – a friend or acquaintance. 99% of the time the perpetrator is a male.

Misconception: Rape is provoked by the victim; women who are raped ask for it.

Reality: This myth takes away the criminal blame from the rapist and shifts the responsibility for the crime to the victim. No woman’s behavior or dress gives a man the right to rape her.

Misconception: A rapist is easy to spot in a crowd.

Reality: There is nothing about the appearance of a rapist that distinguishes him from other men. The average rapist is a 23-30 year old, heterosexual, Caucasian male who is sexually active with a partner. The majority of rapes, more than 9 out of 10, involve persons of the same race or culture.

Reality: Studies show that only 2-4% of rape reports are false. Falsely reporting a rape is a felony.

Can Sexual Assault be Prevented?

The best way to prevent and eliminate sexual assault altogether is to stop the perpetration. Until that happens, there are certain measures you can take to reduce your chances of becoming sexually assaulted.

Self-defense does NOT guarantee that you will not be assaulted. Self-defense gives you options and choices to help you prevent and survive an assault. One of the best tools of self defense is raising awareness about these issues and by discussing misconceptions and reality about sexual assault.

Following a Sexual Assault: See attachment or information below. 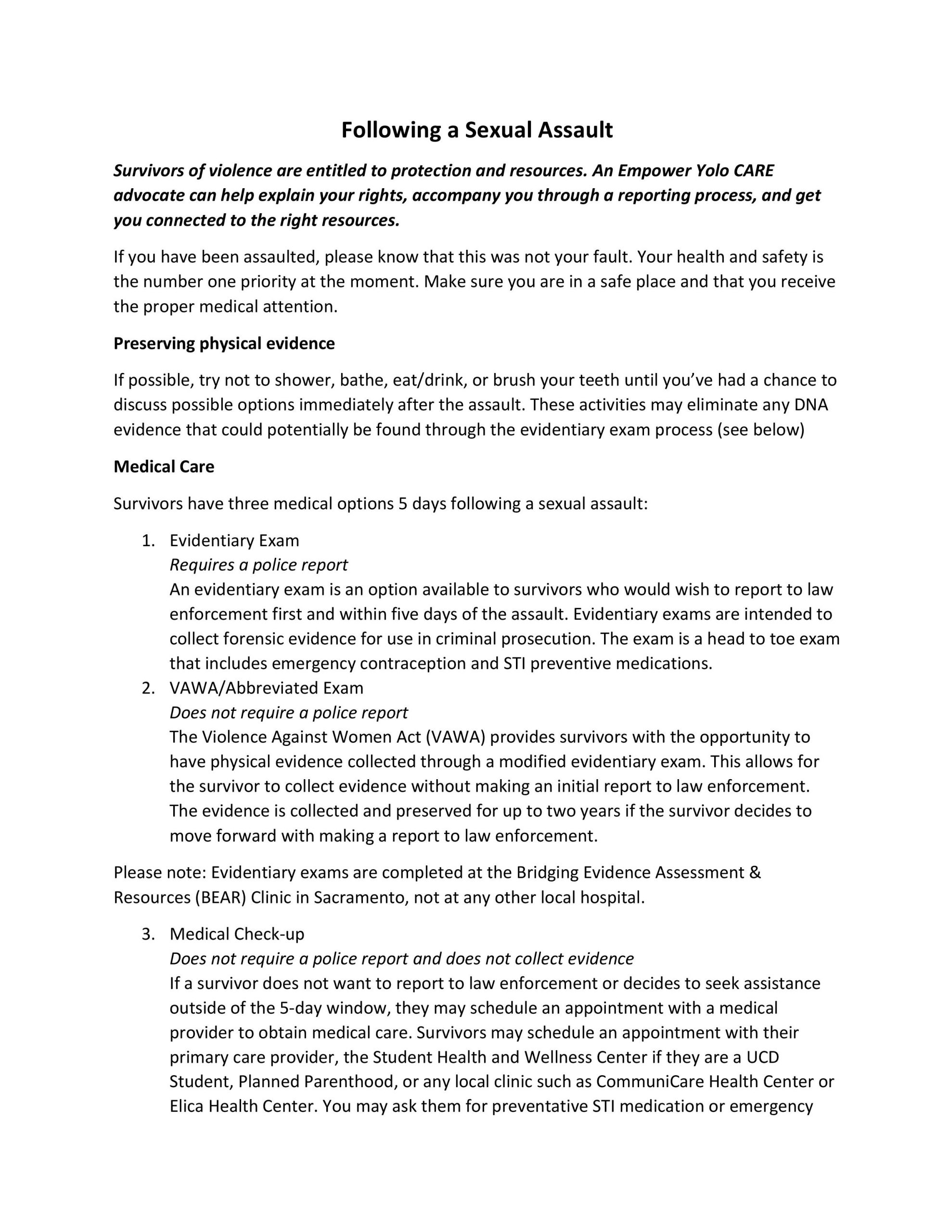 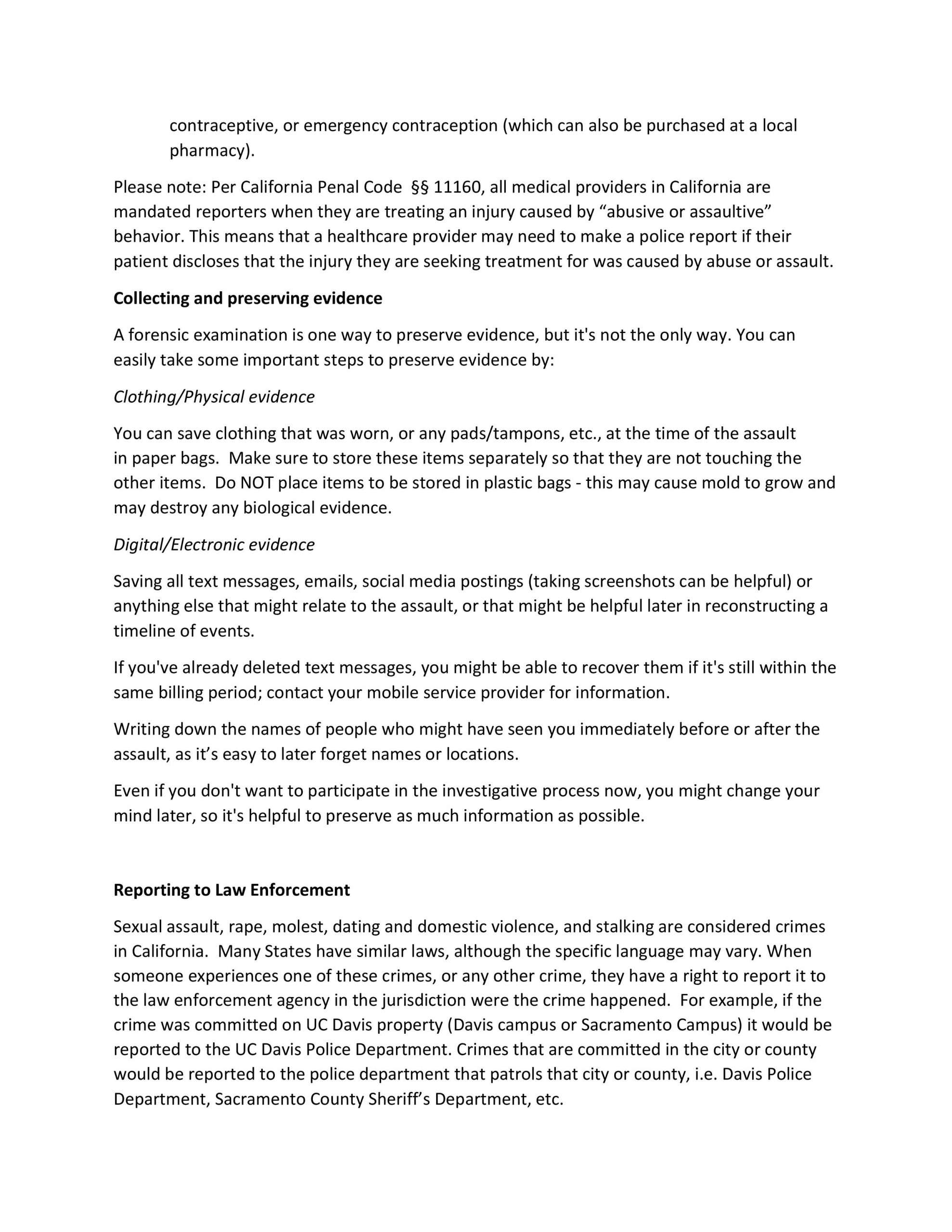 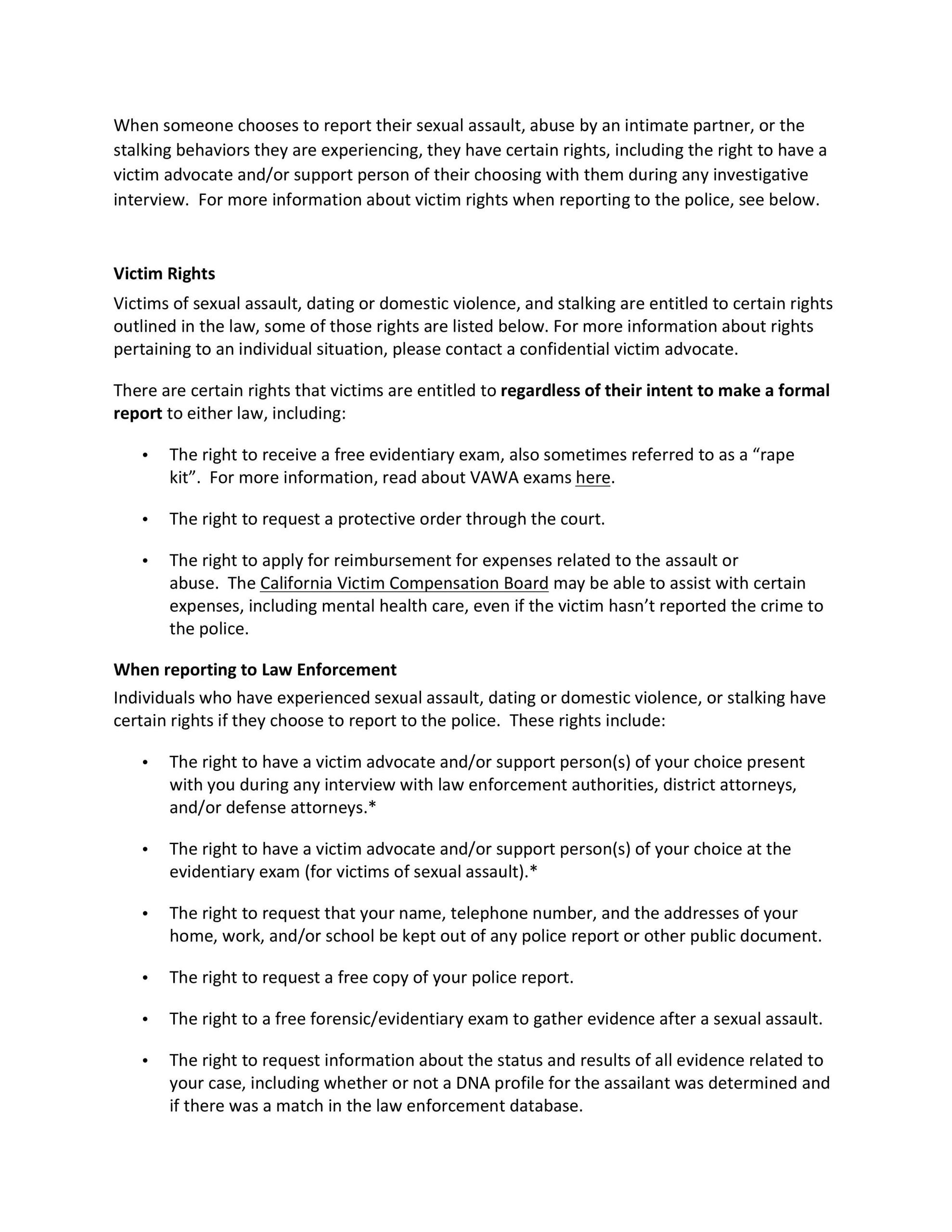 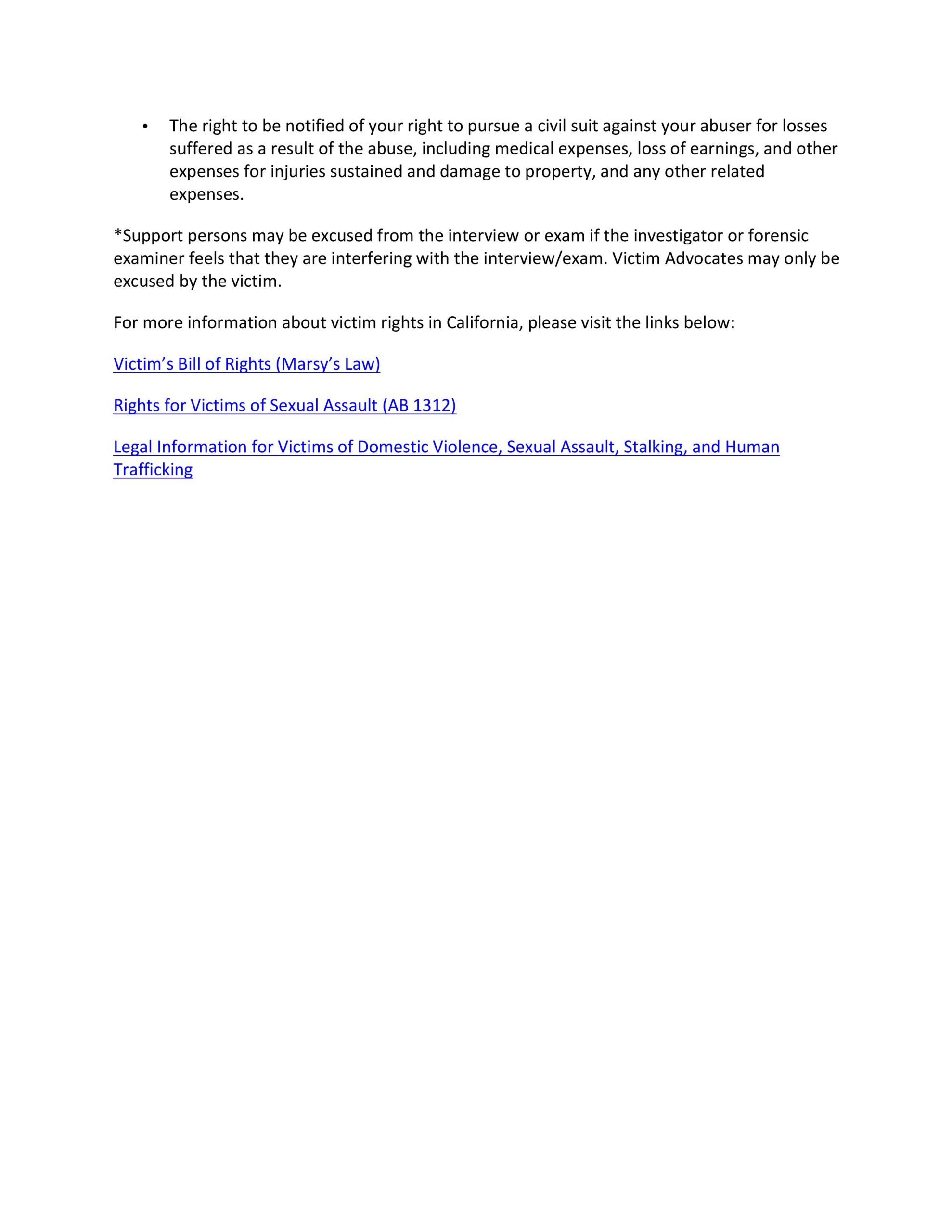